The story of an extraordinary race car

Le Mans 1995: in its very first race, Kremer Porsche Spyder K8-02 had to participate in one of the most demanding races of the world, the 24 Hours of Le Mans, and the car achieved its laurels straight away.

Hans Joachim "Strietzel" Stuck, Thierry Boutsen and Christophe Bouchut not only started the race 2nd on the grid, but after 24 long hours (and some time lost in the pits for a minor accident) they saw the chequered flag, finishing the race a well-earned 6th overall.

A further highlight for K8-02 was victory at the legendary 1.000 km of Monza one year later, while the great success of its first Le Mans entry could not be repeated in either 1996 or in 1997.

The car's final appearance at the classic endurance trial of Le Mans in 1998 was again a success: the K8 Spyder finished 2nd in the Sports Prototype category - regrettably, the rules had been changed significantly; these cars had no chance for an overall win any more.

Then, gradually, the K8 disappeared from the grids. But certainly the Spyder design had kicked off an historic change Le Mans history: once again, after several decades of closed cars, open-cockpit sports prototypes claimed victory; the concept of the K8 was affirmed by written history.

Up until 2001, chassis K8-02 competed occasionally in some races to the European Sportscar Championship or 'Interserie'.

In 2002, a British team bought the K8-02, but did not compete with it - it disappeared from the tracks, seemingly to be raced no longer.

But a little less than 10 years later, the white K8-02, still decorated in the colours of Repsol, its last sponsor, would re-emerge: this time in the hands of Bruce Canepa, California, collector and expert on classic race cars.

May 2012, all of a sudden, things happened quickly: an enthusiast of the 24 Hours of Le Mans, who knew this Spyder since its races at La Sarthe, took a close look to the car, recognized its originality and exclusiveness (all documents, car passes and history were at hand!) and ordered Bruce Canepa to restore this Kremer Porsche K8- 02.

January 2013, tests at Laguna Seca confirmed the car was again in perfect condition. Since March, the ravishingly beautiful Spyder has been back again in Germany.

From 31st of May to 1st of June 2013, the K8-02 Spyder celebrated its resurrection during the opening of Germany's newest race track, the Bilster Berg Drive Resort. 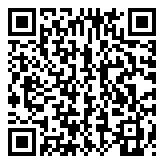