Impressed by Kremer's victory at the "24 Hours of Daytona" in January 1995, the Porsche AG decided right away, the K8 and the Cologne Kremer team should represent the factory's interests at the most important endurance race, the "24 Hours of Le Mans" at La Sarthe Circuit.

The newly built car, a carbon fibre tub, bearing the chassis number 02 and the race number 4, was designed to spearhead the effort. Ex-Fomula 1 driver Hans Joachim Stuck, joined by Thierry Boutsen and by the sports car expert Christophe Bouchut took up the challenge.

After a high speed race, struck by heavy rain and quite some unexpected incidences, the Kremer Porsche K8 went to the chequered flag, finishing 2nd in class and 6th overall.

Celebrating its legendary Le Mans factory participation in 1995, the Kremer Porsche K8-002 is back today, in its original livery of those days and the car will show up at several national and international race and show events. 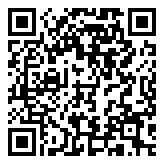